A Monument of Faith 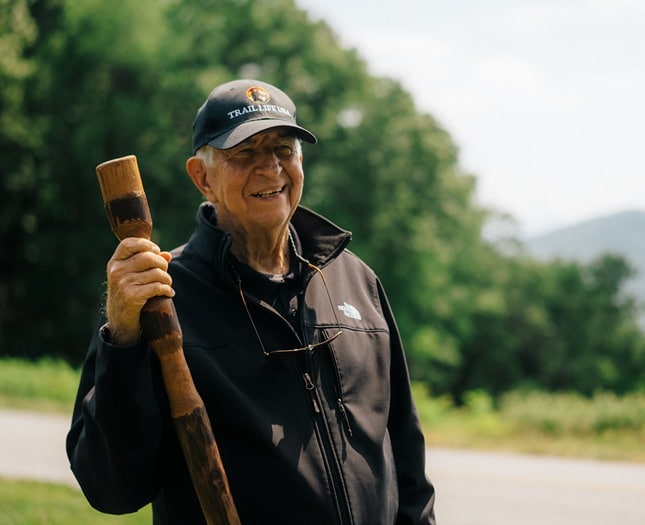 Village Park Peachtree Corners resident Jim Moye is an astounding business leader and philanthropist who used his resources and connections to spread support, wisdom, and his Christian faith across the nation and abroad. Mr. Moye’s story is one of great triumph as he overcame his own workaholism and dissatisfaction, and in turn, led a better life for himself, his family, and all those he helped, all in the name of his faith.

Jim was raised in the midst of World War II. Shortly after he lost his uncle to the war, his father joined the forces. The fear of losing his father weighed heavily on Jim’s mind. 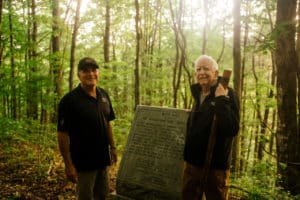 “He lived those years of his life, those formative years, really shutting himself down emotionally. He was just hardening himself, being tough.”

The walls Jim built for himself carried through into his adolescence. He avoided vulnerability as he strove for a life of success. He was the captain of his highschool football team, he took his basketball team to the championship, he was voted most intelligent, he was the class president, he attended Georgia Tech, and he went on to marry the homecoming queen. He checked all of the boxes of someone who could do no wrong.

Jim was a workaholic, always pushing himself and those around him to achieve more. Instead of embracing his vulnerability, he adopted a crippling drive for perfection which created tension with his family.

“It wounded his wife and kids pretty badly,” Barry explained. “They never felt like they were good enough.”

Over time, his wife developed depression. Regardless of their success, his children grew distant. Jim became lonely, and eventually found himself in talks for a divorce.

It was at this time, in 1976, that Jim was challenged by a man to attend a Christian conference and accept a path that he wholeheartedly believed would turn Jim’s life around. Reluctantly, Jim attended and pledged himself to his newfound faith. He believed he had been called upon by God to reorient his life for the betterment of his wife, his family, and those around him.

Jim spent the following years with a different attitude. His interest in business wasn’t monetary; instead, he wanted to help as many people as he could. It was at this time that he began buying land along the Appalachian trail. When the government claimed eminent domain on the property, Jim sold the land to the US Forest Service, but he stipulated that the land should offer a purpose to its visitors, beyond its beauty.

After negotiations with the government, an arrangement was made to have a monument placed on the trail for all to see. The monument, aptly named the Moye Rest, serves as a beacon of Jim’s faith, but more importantly to Jim, it serves as a guide for its visitors towards Christianity. He elaborates that many travelers on the Appalachian Trail are hiking the trail to find something. For many, it’s purpose. For other’s, it’s clarity. For some, it’s faith. Jim hopes that the monument will be there to inspire people in the same way he was inspired, for decades and decades to come. 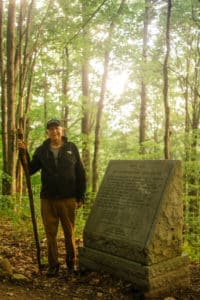