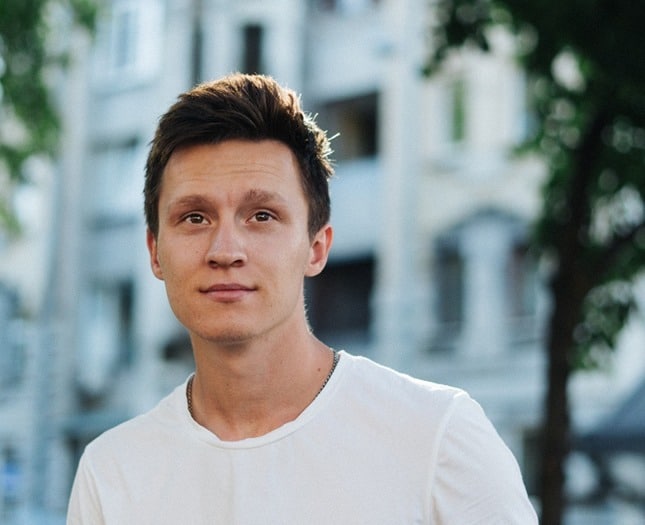 Oleg Karataiev is a documentary filmmaker who found refuge in the United States. Oleg flew to the U.S. on February 14, 2022, less than two weeks before Russia’s invasion of Ukraine. He hopes to change lives through the lens of his camera. His upcoming documentary explores the inspiring story of Village Park Peachtree Corners resident, Jim Moye. Growing up in Ukraine, Oleg spent much of his childhood watching Hollywood films. Through this, he gained an appreciation for the medium and American culture. Today, he gives back to the artform that he grew up on through his own masterful films.

Oleg was born in Moldova, though he spent most of his early life in Crimea before moving to Kyiv. Having bounced between orphanages, Oleg saw many sides of his country and the people who grew up there.

“I grew up in that post Soviet Union country,” Oleg recounts. “I see people who’ve grown up there, and they have no hope”

As a child, Oleg watched Hollywood films which offered him a glimpse into an America that looked like “Disneyland,” with its grandiosity and infectious optimism. When humanitarian aid from the West would bring food and treats to the orphanages, Oleg imagined coming to the United States to experience it firsthand.

As his encounters with Western influence continued, Oleg was introduced to what would later become his life’s passion: filmmaking. When an American filmmaker came into one of the orphanages, Oleg was fascinated by the medium. At the time, it was something he knew little of, but it sparked an interest in him nonetheless.

After discovering Windows Movie Maker on his orphanage’s only computer, a young Oleg began toying with his own videos.

“There was a Windows computer that had Movie Maker, and then they had a small camera. I took it from the director of the orphanage to play with, and that’s when I started.”

Over time, Oleg’s passion projects on the orphanage computer grew into something that had a genuine career path. At 18, he was given the choice to pursue a college degree or move directly into the workforce. He chose the latter, citing that the universities in Ukraine had no real film programs. He is self taught, but after honing his skills and reaching out to the best of the best in Ukraine, Oleg was in with the big leagues. As his skills improved and his portfolio expanded, he received attention from American companies. 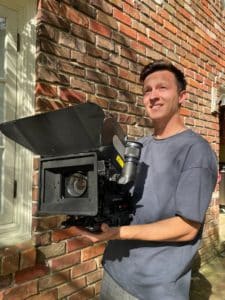 Oleg used his talents in filmmaking to shoot documentaries in the States. Through his work, the dream he had of exploring life in the West became a reality. He remembers when he first visited an American grocery store and saw fully stocked shelves, he thought it “looked like a movie set.”

Even when experiencing America firsthand, he was drawn back to the impression left on him by the films he grew up on. They shaped his view of the world, and, in many ways, his place in it. Oleg’s experience as someone who grew up on American media before moving here gives him a unique understanding of the impact filmmaking has. Today, he uses his talents to spread optimism and inspire people around the world and is acclaimed by his peers as an artist with a great eye for capturing the emotion and beauty of his surroundings.