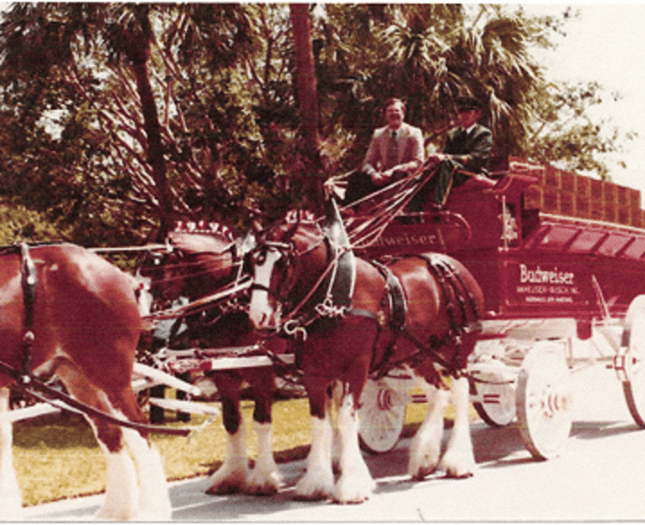 Originally published in the University of Tennessee: Tennessee Alumnus by Margot. L. Emory

When Super Bowl 51 dominates TV ratings on Feb. 5, many viewers will be alert for the arrival of their favorite team of eight in addition to the two teams of 11 on the field. These eight stars, however, won’t be in pads, helmets and cleats, but are recognized by their tossing manes, glossy coats, feathery feet and gentle faces. Fans will be watching for the beloved Clydesdale horses that stay front and center each year in the Bowl’s iconic Budweiser commercials.

And, as the gorgeous horses pass by on your screen, you might give a thought to the UT College of Veterinary Medicine, because behind each of those huge animal performers is top-notch care by the college’s specialized veterinarians – 35 years of it, in fact, that date back to Knoxville’s 1982 World’s Fair and a UT grad.

Bob Brandon (Chattanooga ’61) was there that year. He was director of beer brand marketing services for Anheuser-Busch Companies. A year-and-a-half after arriving at the corporation in 1978, Brandon was surprised to find that his position included leadership of Anheuser-Busch’s nationwide Clydesdales program. His responsibilities included oversight and setting priorities for three eight-horse hitches stationed in the east, middle and western United States as well as a two-horse specialty wagon kept in St. Louis.

As Brandon seized up the opportunity that the World’s Fair offered to reach thousands of families – Bud’s target audience – that specialty wagon cake to his mind. Bringing a pair of the horses to attract attention to the Anheuser-Busch pavilion struck him as a can’t-miss. And, boy, did it prove to be a winner.

Twice a day, the pair of Clydesdales hitched to the specialty wagon circled the fair, evoking oohs and ahhs. The team then would lead its stream of admirers straight back to the Anheuser-Busch pavilion where the horses were stabled. The Clydesdales were so successful in drawing visitors to the pavilion that the fair’s official beer sponsor launched a legal effort to remove them, but to no avail. No one, besides the rival brewery, wanted to see the Clydesdales exit the fair. 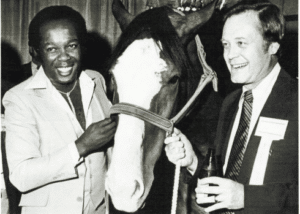 While in Knoxville that year, it also occurred to Brandon that the horses needed a more systematic regimen of care than the patchwork oversight they received from local veterinarians across the nation. With that idea, he approached the dean of the UT College of Veterinary Medicine. Negotiations for equipment and budget occurred, particularly the former necessary for such large patients, weighing 2,000 pounds or more. Anheuser-Busch agreed to UT’s requests, and the partnership, known as the National Health and Preventative Medicine for Clydesdales, was born.

Now, twice yearly, veterinary faculty from the college travel to each of the Clydesdale stables in the U.S. to conduct thorough physical examinations on nearly 200 horses.

Complete individual and herd health records are computerized by the UT veterinarians, providing access to nutritional information, health care statistics and other data to keep the animals in the best possible health. UT faculty also conduct regular seminars for the Anheuser-Busch employees who provide the daily care for the Clydesdales. Last April, the company’s eastern team of horses visited Knoxville for the Smoky Mountain Air Show, bedazzling fans and putting in impromptu appearances in the area. The Clydesdales’ home base, naturally, was the college where they were cared for, exercised and examined.

When Brandon joined Anheuser-Busch, the marketing value of the horses was already immense. Their appearance in a local wholesaler’s area would spike sales by 25 percent, and the increase would last for months. Anheuser-Busch receives some 4,000 requests for appearances each year, but the operations themselves had been conducted informally/aper the direction of August Busch Jr., who created the eight-horse hitch in 1933.

When his son, August Busch III, transferred the horse program to Brandon, expectations were high 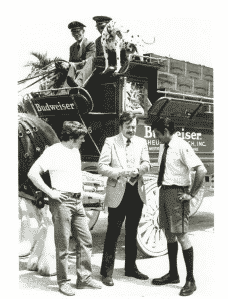 “It struck me that I would be the first person outside the Busch family to head up Clydesdale Operations, and I was both excited and proud,” Brandon says.

The sizeable program consisted of a complement of 40 employees; 179 Clydesdales; 10 diesel

stabling facilities on two coasts and in the middle of country; and an operations budget that, at the time, exceeded $3 million annually.

“Early on, I realized that with the enormous potential of the Clydesdales as a marketing tool came an equally, if not greater, potentially political ‘hot potato,’ that I’d been handed,” Brandon recalls. This relates to the loose system of scheduling the teams, in which members of the Busch family and many “influentially powerful special friends,” were unblocked. “I saw that I was important but also very vulnerable to these often conflicting forces.”

Brandon responded to the situation he found himself in by developing a Clydesdale Brand Image Request matrix, one that is used to this day. His matrix used a hierarchical point system for the amount of exposure each event would provide. Differing points also were assigned to Anheuser-Busch officers and others who made requests for appearances. With careful selling of the system’s value and even more careful implementation, the matrix system turned the Clydesdale Operation into a profitable, qualified marketing operation with quantifiable results.

Bringing a marketing professional’s discipline to the operation was only part of Brandon’s experiences. “At the beginning, I could never have predicted that involvement with the horses would lead me onto movie sets with the likes of Jerry Lewis or into ballrooms with a Clydesdale in New York and Chicago with Lou Rawls,” he says. “My seven years with Anheuser-Busch and the horses, in particular, was an experience like no other.”

Brandon was led to Anheuser-Busch by a headhunter, who recruited him from Coca-Cola, where he had risen to become national product promotion manager and then marketing manager in the Corporate New Products Department. He left Anheuser-Busch in 1984 to become president of an international marketing services division of Grey Advertising Worldwide in New York. After establishing 17 international offices and recruiting many major clients, including Coca-Cola and Anheuser-Busch, he left the corporate world to settle back into the Atlanta area.

In retirement, he has been focusing on starting a major international licensing venture with his wife, Lanie, and a long-term marketing associate in New York. He also rechanneled his creative side to painting landscapes and writing his memoir.

Brandon’s autobiography, titled “Effervescence,” relating to his experiences with Coke and Bud, will be published in early 2017 by Amazon.

“My career has been one of serendipity with all the related synonyms of that word,” he says. “I have thoroughly enjoyed every part of it, including the joy of creating things that help to sell products that consumers enjoy.”

Brandon recently returned to campus to give the college a replica eight-horse pewter and gold hitch to commemorate VM’s three-plus decades of care. The hitch is displayed with a portrait he previously presented to the college of the Clydesdales, celebrating the 50th anniversary of their founding at Anheuser-Busch. 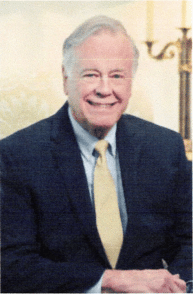